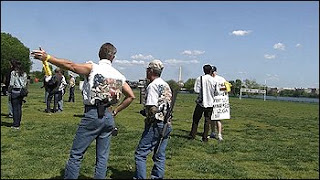 Liberals always blame crime on the economy and guns. Recent data disproves that hypothesis. The economy has been in a recession and unemployment hovers around the 9.5% range. At the same time, gun sale have skyrocketed. If there was any truth to liberals hypothesis, violent crime should be on the way up too. The opposite thing has been occurring.

Violent crime continued to fall in 2009, even as gun sales reached an all-time high, according to statistics from the Federal Bureau of Investigation (FBI). This is “proof positive that gun prohibitionists have been consistently and undeniably wrong,” the Citizens Committee for the Right to Keep and Bear Arms said in a statement.