Things are so bad for liberals, they have to think up reasons to live 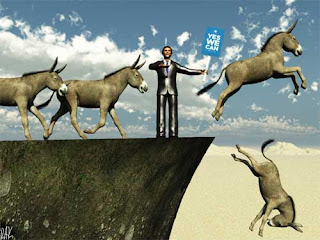 All is not well in liberal land. The economic recovery they were hoping would save them in the midterm elections has faltered, Gitmo is still open and Dick Cheney hasn't been jailed. One liberal at Daily Kos has been forced to come up with 100 reasons liberals shouldn't kill themselves, yet. 'Barack Obama' came in at number 57; just behind number 55 'Al Franke' and just ahead of number 65 'being intoxicated.' Drink up libs, it's going to get worse between now and election day.
Posted by Bluegrass Pundit at 8:22:00 PM