Mexican mayors ask US to stop sending their criminals back 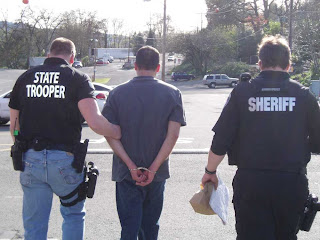 It seems the illegal immigrant criminals we are sending back to Mexico are committing crimes in their homeland too. Mexican mayors are asking the US to stop deporting them. Sorry about their bad luck.

A coalition of Mexican mayors has asked the United States to stop deporting illegal immigrants who have been convicted of serious crimes in the U.S. to Mexican border cities, saying the deportations are contributing to Mexican border violence.

The request was made at a recent San Diego conference in which the mayors of four Mexican border cities and one U.S. mayor, San Diego Mayor Jerry Sanders, gathered to discuss cross-border issues.