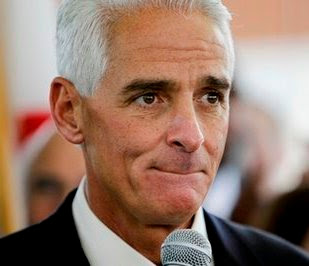 An audit by the Florida Republican Party has found Governor Charlie Crist (RINO) (I) misused party funds for personal reasons. The Democratic Senatorial Campaign Committee has seized on this and launched an attack on Crist. This may be the final nail in Crist's coffin.

Charlie Crist is facing increasing heat over a new audit of the Republican Party of Florida, which showed that Crist's handpicked party chair Jim Greer spent hundreds of thousands of dollars of party fund's inappropriately. According to the Orlando Sentinel, Crist and Greer spent Republican party dollars jet setting to such far off destinations as New York, Las Vegas, and Los Angeles. Crist even spent party money to fly to his wife's island home. (emphasis mine)