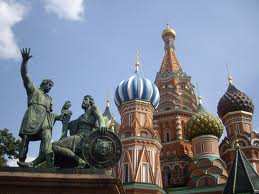 You mean there are articles on the Huffington Post that aren't Kremlin propaganda?


Several opinion columns praising Russia and published in the last two years on CNBC’s web site and the Huffington Post were written by seemingly independent professionals but were placed on behalf of the Russian government by its public-relations firm, Ketchum.

The columns, written by two businessmen, a lawyer, and an academic, heap praise on the Russian government for its “ambitious modernization strategy” and “enforcement of laws designed to better protect business and reduce corruption.” One of the CNBC opinion pieces, authored by an executive at a Moscow-based investment bank, concludes that “Russia may well be the most dynamic place on the continent.”

There’s nothing unusual about Ketchum’s work on behalf of Russia. Public relations firms constantly peddle op-eds on behalf of politicians, corporations, and governments. Rarely if ever do publications disclose the role of a PR firm in placing an op-ed, so it’s unusual to get a glimpse behind the scenes and see how an op-ed was generated.