No more Ding Dongs for you! 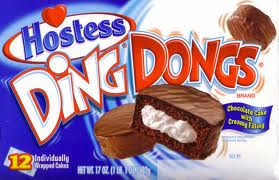 Hostess, the makers of Twinkies, Ding Dongs and Wonder Bread, is going out of business after striking workers failed to heed a Thursday deadline to return to work, the company said.

“We deeply regret the necessity of today’s decision, but we do not have the financial resources to weather an extended nationwide strike,” Hostess CEO Gregory F. Rayburn said in announcing that the firm had filed a motion with the U.S. Bankruptcy Court to shutter its business. “Hostess Brands will move promptly to lay off most of its 18,500-member workforce and focus on selling its assets to the highest bidders.”

Hostess Brands Inc. had earlier warned employees that it would file to unwind its business and sell off assets if plant operations didn't return to normal levels by 5 p.m. Thursday. In announcing its decision, Hostess said its wind down would mean the closure of 33 bakeries, 565 distribution centers, approximately 5,500 delivery routes and 570 bakery outlet stores in the United States.