Justice: Obama's 5th largest donor's corp to layoff 5% of workforce because of Obamacare... 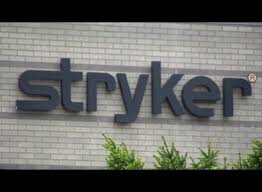 Liberal leadership fails in both politics and business.

Stryker Corporation has announced that it will close its facility in Orchard Park, New York, eliminating 96 jobs next month. It will also counter the medical device tax in Obamacare by eliminating 5% of their global workforce, an estimated 1,170 positions.

Jon Stryker is heir to the Stryker Corporation, one of the largest medical device and equipment manufacturers in the world. Stryker’s grandfather was the surgeon who invented the mobile hospital bed. The company now sells $8.3 billion worth of hospital beds, artificial joints, medical cameras, and medical software every year.

Stryker, a member of the Forbes 400 list, was one of the top five donors to the Obama campaign. Having donated $2 million to the Priorities USA Action super PAC, Stryker also gave $66,000 in contributions to Obama and the Democrat Party.

Prior to the 2012 election, Stryker contributed millions to help Democrat candidates in his home state of Michigan. He also gave nearly $250 million to groups supporting gay rights, transgenderism, and the conservation of apes. In January, his Arcus Foundation donated $23 million to Kalamazoo College for an endowment to fund a center for social justice leadership.

Yeah, gougers like this commpany will have problems under Obamacare. Good!