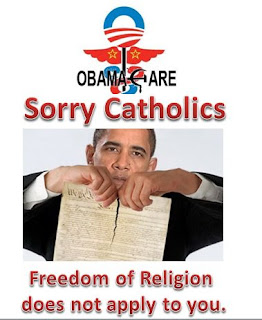 
(CNSNews.com) – A bipartisan bill in the House would expand the religious exemption to the insurance mandate in Obamacare, allowing those with a religious objection to absolve themselves of the mandate’s health insurance requirement with an affidavit.

The bill would allow anyone to be exempt from the individual mandate so long as they filed an affidavit along with their tax returns that “sincerely held religious beliefs” would cause them “to object to the medical health care that would be covered under such coverage.”
The issue of religious exemptions gained prominence late last year when the U.S. Catholic Church raised objections to a federal regulation that all insurance companies provide contraception without co-pay.