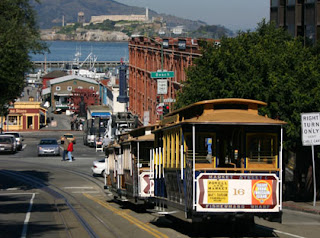 Will it soon be safe to go to San Francisco? Not really...


SAN FRANCISCO (AP) -- San Francisco may be getting ready to shed its image as a city where anything goes, including clothing.

City lawmakers are scheduled to vote Tuesday on an ordinance that would prohibit nudity in most public places, a blanket ban that represents an escalation of a two-year tiff between a devoted group of men who strut their stuff through the city's famously gay Castro District and the supervisor who represents the area.