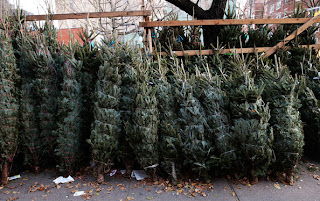 Any parent who sends their child to Western Piedmont Community College should expect to get a mindless Obamabot back.


A North Carolina community college has been accused of violating the First Amendment rights of students after they told a club they could not use the word “Christmas” to promote a Christmas tree sale.

“It’s ridiculous that anyone would have to think twice about using the word ‘Christmas’ as part of a Christmas tree sale,” said Matt Sharp, an attorney with Alliance Defending Freedom.

The student club, called the BEST Society, was planning to sell the Christmas trees to raise money for Angel Tree, an organization that provides Christmas presents to children.
Club members followed college protocol and submitted forms to promote the sale. The proposed text read, “The BEST Society will be selling Christmas Trees…”

But when the announcement appeared on the college’s website and in other venues – it had been altered. Ever reference to “Christmas Trees” had been replaced with “holiday trees.”