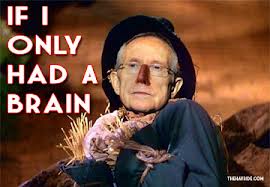 Harry Reid doesn't have much experience with brains...


Senate Majority Leader Harry Reid launched a personal insult at John Boehner on Thursday when asked about the House Speaker’s earlier comments on the fiscal cliff.
“I don’t understand his brain, so you should ask him,” Reid said Thursday during the news conference at the Capitol.

Reid made the remarks when asked to explain why Boehner is blaming Democrats for not being “serious” enough to reach a compromise. He drew laughter from the press in attendance.

Earlier Thursday, Boehner held a press conference and lamented that the two parties have not made significant progress on reaching a deal.