Obamanomics: One third of Americans figure they'll need to work until age 80 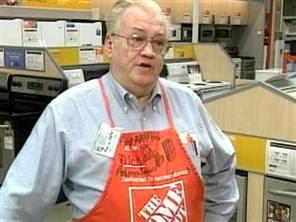 This tidbit is buried in a  ABC story about Americans working longer.


Rix said there's a host of reasons behind the increases. For one, individuals can continue to work because they're staying healthier longer.

"I suspect most people are there because they're doing something they really want to do. They enjoy their work. They're making a contribution."

There are also financial considerations. With the drop in home prices, the fluctuating stock market, and the decline in pensions, some older workers simply have to work.

For Cooper, that's definitely part of the equation.

"When you get my age, you have a lot of doctor bills and different ailments. You have to pay the doctors and hospitals, so I am here," he said.

A recent survey by Wells Fargo found that nearly a third of Americans figure they'll need to work until age 80, in order to retire comfortably. The federal government estimates that by 2020, 10 percent of those aged 75 and older will be in the labor force. Rix believes the number is likely to be even higher.