HarperCollins atlas that wiped Israel off the map is pulled... 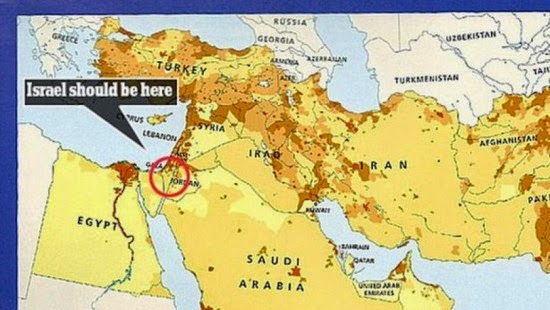 Now, can we get the person or persons responsible fired?


After outrage over a HarperCollins atlas designed for schools in the Middle East that literally wiped Israel from the map, the publisher announced Wednesday that it has removed the atlas from “sale in all territories” and apologized for “any offense it caused.”
The atlas, which has been on sale for months, was developed to satisfy “local preferences” of English-speaking schools in the Muslim-majority Gulf. HarperCollins promoted the atlas as a tool to provide children “in-depth coverage of the region and its issues” and help them better understand the “relationship between the social and physical environment, the region’s challenges [and] its socio-economic development.”
“Nice goals,” the Washington Post quips, “But there’s one problem: Israel is missing. There’s Syria. There’s Jordan. There’s Gaza. But no mention of Israel.”
Keep on reading…

Email ThisBlogThis!Share to TwitterShare to FacebookShare to Pinterest
Labels: Israel