Obama is increasing regulations on harmless CO2 and allowing more radiation in your drinking water... 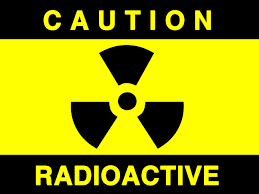 So, the Obama White House thinks CO2 is dangerous and more radiation in your drinking water and soil is OK?


The White House has given final approval for dramatically raising permissible radioactive levels in drinking water and soil following “radiological incidents,” such as nuclear power-plant accidents and dirty bombs. The final version, slated for Federal Register publication as soon as today, is a win for the nuclear industry which seeks what its proponents call a “new normal” for radiation exposure among the U.S population, according Public Employees for Environmental Responsibility (PEER).
Issued by the Environmental Protection Agency, the radiation guides (called Protective Action Guides or PAGs) allow cleanup many times more lax than anything EPA has ever before accepted. These guides govern evacuations, shelter-in-place orders, food restrictions and other actions following a wide range of “radiological emergencies.” The Obama administration blocked a version of these PAGs from going into effect during its first days in office. The version given approval late last Friday is substantially similar to those proposed under Bush but duck some of the most controversial aspects:
In soil, the PAGs allow long-term public exposure to radiation in amounts as high as 2,000 millirems. This would, in effect, increase a longstanding 1 in 10,000 person cancer rate to a rate of 1 in 23 persons exposed over a 30-year period;