Rep. Louie Gohmert: Conservatives are rounding up the votes to beat Boehner... 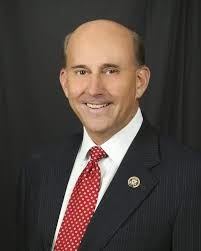 
One of the two Republicans pledging to challenge the re-election of House Speaker John Boehner said conservatives are rounding up the 29 votes needed to defeat him.
Rep. Louie Gohmert, R-Texas, told Laura Ingraham on her radio show that the effort to overthrow Boehner stands a better chance than a failed coup in 2012 because this time, disgruntled GOP lawmakers have another choice.
“I was persuaded by some of my newer colleagues in the Congress that people have to have a name,” Gohmert said. “My friends persuaded me the mistake we made last time was not having [lawmakers] commit to specific people.”
The House on Tuesday will vote to elect the speaker for the 114th Congress, which convenes at noon.
Keep reading…

I hope we succeed in ousting Boehner, but it is a long shot.
Posted by Bluegrass Pundit at 5:57:00 AM