1,600 IRS employees willfully evaded taxes; most were not fired... 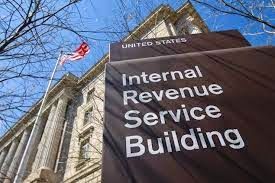 The penalty was waived by the IRS commissioner? Seriously?


Nearly 1,600 IRS workers were found to have willfully evaded taxes over a 10-year period, including some who were responsible for enforcing the nation’s tax laws, a government watchdog said Wednesday.
It’s a small percentage of the tax agency’s employees — about 160 workers a year out of a workforce of 85,000.
A new report by the agency’s inspector general said most were not fired, even though a 1998 law calls for terminations when IRS workers willfully don’t pay their taxes. The penalty must be waived by the IRS commissioner.
Keep on reading…

Email ThisBlogThis!Share to TwitterShare to FacebookShare to Pinterest
Labels: IRS