Obama's FEC forced to retreat on regulating political speech on the Internet... 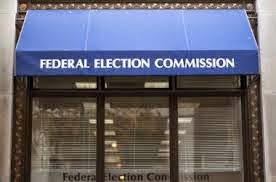 It was likely unconstitutional anyway...


The Federal Election Commission, facing punishing criticism for suggesting that political activity on the Internet should be regulated, rejected talk of new rules Thursday, a victory for GOP commissioners who feared Democrats were targeting conservative sites, even the Drudge Report.
During a public meeting, Democrats on the FEC said they were responding to the public outcry in saying that no new rules are required.
Democratic Commissioner Ellen Weintraub said the FEC received 5,000 comments demanding the agency keep their hands off the Internet. In response, she proposed a resolution that directly barred Internet regulation.
“I wanted to make clear that I was listening to what people are saying out there and I think we should allay those concerns if people are concerned that we are about to do that,” she said. Her resolution said: “I further move that the Commission direct [counsel] to exclude from the rulemaking any proposal affecting political activity on the Internet.”
Republicans on the commission had raised concerns that Democrats on the commission were targeting conservative political and news websites like Drudge, and could regulate them.