Police have shot and killed more than two people per day in 2015... 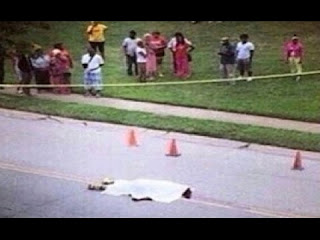 Police shoot and kill at twice the rate reported by the FBI...


In an alley in Denver, police gunned down a 17-year-old girl joyriding in a stolen car. In the backwoods of North Carolina, police opened fire on a gun-wielding moonshiner. And in a high-rise apartment in Birmingham, Ala., police shot an elderly man after his son asked them to make sure he was okay. Douglas Harris, 77, answered the door with a gun.
The three are among at least 385 people shot and killed by police nationwide during the first five months of this year, more than two a day, according to a Washington Post analysis. That is more than twice the rate of fatal police shootings tallied by the federal government over the past decade, a count that officials concede is incomplete.
“These shootings are grossly under­reported,” said Jim Bueermann, a former police chief and president of the Washington-based Police Foundation, a nonprofit organization dedicated to improving law enforcement. “We are never going to reduce the number of police shootings if we don’t begin to accurately track this information.”

Of course many of them are justifiable shootings where the deceased had a gun and even shot at the officers.
Posted by Bluegrass Pundit at 6:22:00 AM