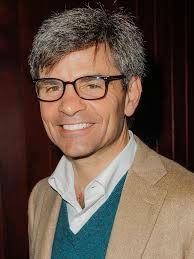 I think they should fire him...


George Stephanopoulos, a senior ABC News anchor, was caught last week hiding $75,000 in donations to the Bill and Hillary Clinton Foundation just after he grilled on air the author of a book critical of the foundation and Mrs. Clinton. He also was scheduled to moderate a presidential campaign debate before the media found out about the donations.
Forty-six percent (46%) of Likely U.S. Voters think ABC should ban Stephanopoulos from any programming related to the presidential campaign since Hillary Clinton is running for president. The latest Rasmussen Reports national telephone survey finds that 36% disagree and oppose banning him from presidential campaign coverage. Eighteen percent (18%) are undecided. (To see survey question wording, click here.)