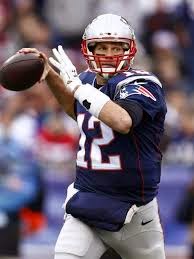 Stating what most people already felt was obvious. Brady has little credibility now.


Tom Brady: Unbelievable.
The 243-report on "Deflategate" came out Wednesday and stopped barely short of calling the Patriots star quarterback a cheater. It did, however, call some of his claims "implausible" and left little doubt that he had a role in having footballs deflated before New England's AFC title game against Indianapolis in January and probably in previous games.
In his report, attorney Ted Wells said the quarterback "was at least generally aware" of all the plans to prepare the balls to his liking, below the league-mandated minimum of 12.5 pounds per square inch. Wells said it was "more probable than not" that two Patriots employees - officials' locker room attendant Jim McNally and equipment assistant John Jastremski - executed the plan.
For his trouble, McNally asked for expensive shoes and signed footballs, jerseys and cash. He brokered the deals over a series of salty text messages with Jastremski that portray Brady as a hard-to-please taskmaster. "F--- Tom," one read.
For the biggest home game of the season, McNally came through, taking the footballs from the officials' locker room into a bathroom before delivering them to the field, the report said.

The conclusion of the report is based on speculation. It essentially says "we don't know what else could have happened so it must be this". There is no proof, there is only innuendo. How an attorney could have produced this crap is a mystery, but it was "probably" done to save face for the NFL.