You won't believe how your tax dollars are being used... 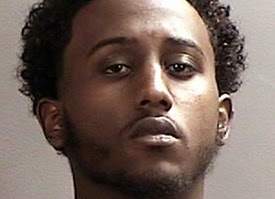 Student loans are funding Jihadis who want to join ISIS...


MINNEAPOLIS (WCCO) – Two of the Twin Cities men accused of trying to join ISIS are now charged with student loan fraud.
Investigators say both Hamza Ahmed, 19, and Hanad Musse, 19, used more than $1,000 from federal student loan accounts for plane tickets to Turkey and Greece. Prosecutors say they were really going to Syria to join ISIS.
On Tuesday, prosecutors combined two separate cases, meaning that seven young Minnesota friends will eventually be tried together for allegedly trying to join the terror group.
Prosecutors combined the case of Ahmed, who was arrested and charged in February, with that of six young men who were arrested in April.
Prosecutors say Ahmed’s arrest should have served as a warning to the others.