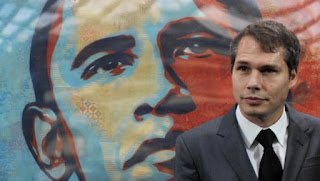 Obama “not even close” to having lived up to the “Hope” poster.


Shepard Fairey, the street artist behind the famous “Hope” poster that went viral during Barack Obama’s historic 2008 presidential run, said that the president has not lived up to his expectations.
In an interview with Esquire, Fairey acknowledged that “Obama has had a really tough time” but said he’s “not even close” to having lived up to the “Hope” poster created for him.
“I mean, drones and domestic spying are the last things I would have thought [he’d support],” Fairey added in the interview, posted Thursday.
Keep on reading…