Paying the bills: Hillary and Bill have made over 25 million combined in speaking fees since January 2014 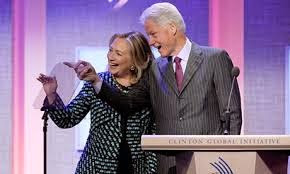 Most of the people paying those high speaking fees want something in return....


Hillary Rodham Clinton and former President Bill Clinton reported Friday they earned more than $25 million combined in speaking fees since January 2014.
Clinton’s presidential campaign reported the income in a personal financial disclosure report filed with the Federal Election Commission. The report, required of every candidate for the White House, also shows Hillary Clinton earned more than $5 million from her 2014 memoirs, “Hard Choices.”
The details of the report were described by a Clinton campaign official who spoke on condition of anonymity in order to discuss a report not yet publicly available from the FEC. The report was expected to be released publicly later Friday.
Keep on reading…