Several Clinton Foundation trustees have been convicted of bribery and fraud. 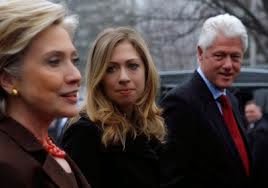 Having a bribery of fraud conviction is considered an asset when dealing with the Clinton's.


Shocking revelations show that at least four Clinton Foundation board of directors have either been charged or convicted of financial crimes, including bribery and fraud.
This newest, startling revelation is just one more of many in Peter Schweizer’s bombshell book Clinton Cash: The Untold Story of How and Why Foreign Governments and Businesses Helped Make Bill and Hillary Rich, the book that has sent the Hillary Clinton campaign and the media scrambling.
The book shows that there are many problems with the Clinton charity. In fact, the Clinton Foundation is so unlike a real charity that even charity watchdog group Charity Navigator refuses to rate the Clinton Foundation because of its “atypical business model.”