You remember that heartfelt NFL game salute to the military? You may have paid for it... 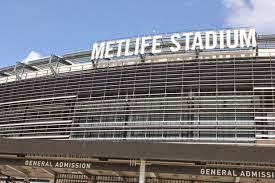 I would have hoped the NFL teams were running these as a public service to support our military, but greed is a powerful motivator in the NFL.


It's a familiar scene to most Americans. The poignant moment when a soldier is honored for his or her service before a cheering crowd during halftime of an NFL game.
It turns out, however, that at least some of these patriotic displays are not what they seem.
A New Jersey-based website, NJ.com, has a detailed report that reveals the Department of Defense is paying millions of dollars to many NFL teams in what are essentially paid promotions to honor America's heroes.

When the Jets paused to honor soldiers of the New Jersey Army National Guard at home games during the past four years, it was more than a heartfelt salute to the military — it was also worth a good stack of taxpayer money, records show. The Department of Defense and the Jersey Guard paid the Jets a total of $377,000 from 2011 to 2014 for the salutes and other advertising, according to federal contracts. Overall, the Defense Department has paid 14 NFL teams $5.4 million during that time, of which $5.3 million was paid by the National Guard to 11 teams under similar contracts.