Report: Saudi Arabia to by off-the-shelf nukes from Pakistan... 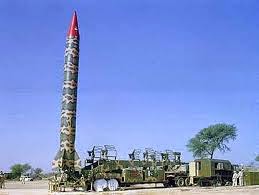 The consequences of having an idiot in charge of foreign policy...


Saudi Arabia will join the nuclear club by buying “off the shelf” atomic weapons from Pakistan, US officials told a London newspaper.
The Saudis — who financed much of Pakistan’s nuke program — are fearful of international efforts to keep its enemy Iran from acquiring a bomb, the Sunday Times of London reports. The Saudis think the deal, backed by President Obama, will actually accelerate Iran’s nuke push.
Saudi Arabia has talked for years about acquiring a bomb from the Pakistanis. “The House of Saud has now made the strategic decision to move forward,” a former US defense official said.