Why is the FBI classifying some of Hillary Clinton's emails to prevent release? 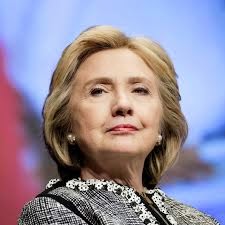 If these documents are really this sensitive, shouldn't the FBI demand to take possession of Hillary's private server to be sure the emails have been completely erased?


During a press briefing on Friday, White House press secretary Joshua Earnest said that reporters should ask the FBI about what led the agency to retroactively classify some of Hillary Clinton’s emails.
The State Department released 296 pages of Clinton’s emails related to Libya and Benghazi on Friday. The Associated Press reported shortly after the release that some of the emails had been classified only recently. Clinton and the State Department have maintained that she did not send or receive classified documents on her private email account.
Asked about the classified documents, Earnest twice referred reporters to the FBI, which made the determination to classify some of Clinton’s records.
“The fact is that when these kinds of emails are reviewed for public release, consistent with [Freedom of Information Act] standards, it’s not uncommon for the materials included in the review to be classified based on current events,” Earnest said.
Keep on reading…