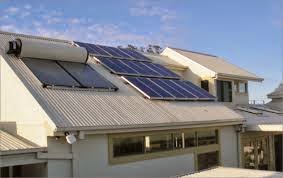 Costs are $9 billion more than benefits and will be paid by those who didn't install the cost ineffective solar panels. Sounds like Australia needs a political revolution.


The cost of installing and maintaining more than one million household solar power systems has outweighed their benefit by more than $9 billion, a new report has found.
And by the time generous federal and state government subsidies run out, households without solar will have subsidised those that have made the switch to the tune of $14 billion.
The Grattan Institute report, to be published Monday, says government incentives and rebates that have encouraged the uptake of household solar have "created a policy mess that should never be repeated".
It argues Australia could have reduced greenhouse gas emissions for much less money if governments had focused more on commercial and large-scale solar power, instead of household subsidies.