How a Global Warming Consensus Was Manufactured 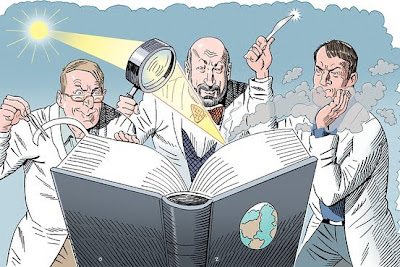 If anthropogenic global warming isn't really happened, why do we have all those 'peer reviewed' papers from mainstream scientists supporting the AGW theory? The answer is in the emails leaked from the East Anglia Hadley CRU. Here is is part of what Patrick Michaels wrote in a WSJ article. BTW, he is the scientist who the Hadley CRU mob wanted to "beat the crap" out of.

A refereed journal, Climate Research, published two particular papers that offended Michael Mann of Penn State and Tom Wigley of the University Corporation for Atmospheric Research. One of the papers, published in 2003 by Willie Soon and Sallie Baliunas (of the Harvard-Smithsonian Center for Astrophysics), was a meta-analysis of dozens of "paleoclimate" studies that extended back 1,000 years. They concluded that 20th-century temperatures could not confidently be considered to be warmer than those indicated at the beginning of the last millennium.