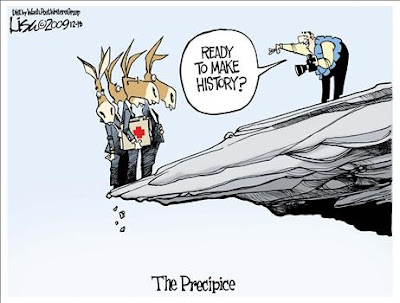 It should be a criminal offense for a legislator to sell their vote in this fashion.

Perhaps the Republican criticism of Sen. Ben Nelson (D-Neb.) is misplaced: Nebraska is set to reap only a fraction of the $1.2 billion in special Medicaid deals for three states.

Sen. Tom Coburn (R-Okla.) called it what it is. Coburn accused Democrats of 'corruption.'
Posted by Bluegrass Pundit at 5:38:00 AM