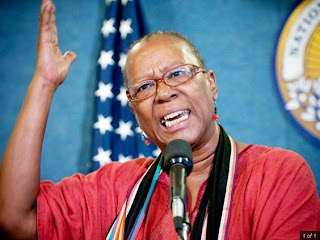 According to the White House visitor's log, ACORN CEO Bertha Lewis visited President Obama's residence one week before the sting videos were released. There is no record of her returning since that date.

Like, for example, the visitor records for Bertha Lewis.

Add his name to Jeremiah Wright and Bill Ayers.

"Add his name to Jeremiah Wright and Bill Ayers."

Birds of a feather flock together.