Heartache: The Democrats are losing their donors 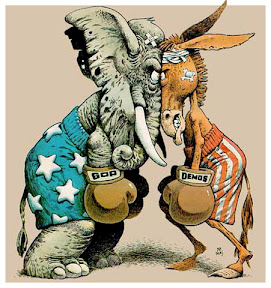 The only advantage Democrats have in this November's election is money. Incumbency is a formidable fund-raising tool. Voter sentiment has clearly switched to Republicans and the money is beginning to follow.

Major political action committees and employees of the nation's largest business empires have dramatically shifted their money to the right.

Schumer's DSCC has lost 25% of their donations this year, even though the midterm elections are coming up in November. Donations to Republicans are picking up.

"Employees of 126 businesses that had donated money to Senate Democrats in the 2008 campaign have switched all or most of their 2010 contributions to the Republicans, according to an analysis of Federal Election Commission reports by the Houston Chronicle," Stewart Powell and Yang Wang report.