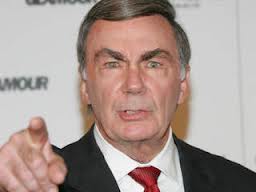 This story has flew under the radar. Guess who is DUI for the holidays...

The former ABC White House correspondent was pulled over for a traffic violation when Lewes police suspected he had been drinking. Donaldson failed the field sobriety test and was arrested for a DUI, and will appear in court early next year.

Donaldson has been with ABC News since 1967 for the network’s Washington bureau.