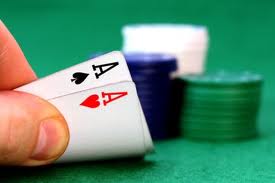 A good negotiator or poker player never shows his cards until the time is right. Speaker Boehner fails to grasp that point. Obama reportedly offered "nothing" for Boehner's upfront $800 million in revenue.

From behind the NYT's pay-wall via Power Line:


Mr. Obama repeatedly lost patience with the speaker as negotiations faltered. In an Oval Office meeting last week, he told Mr. Boehner that if the sides didn’t reach agreement, he would use his inaugural address and his State of the Union speech to tell the country the Republicans were at fault.

At one point, according to notes taken by a participant, Mr. Boehner told the president, “I put $800 billion [in tax revenue] on the table. What do I get for that?”

“You get nothing,” the president said. “I get that for free.”