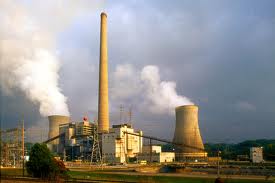 American Electric Power, or A.E.P., the nation’s biggest consumer of coal, announced that it would shut its coal-burning boilers at the Big Sandy electric power plant near Louisa, Ky., a 1,100-megawatt facility that since the early 1960s has been burning coal that was mined locally.

Big Sandy this year became a symbol of the plight of the coal industry nationwide. Strict new environmental regulations are forcing large utilities to spend billions of dollars to retrofit old coal-burning plants or shut them down, replacing them in most cases with equipment that uses cleaner-burning natural gas.

A.E.P., which is based in Ohio, has repeatedly changed its mind over what to do with Big Sandy, a big employer in eastern Kentucky, both at the 120-employee plant itself and in the Appalachian-area coal mines that feed it 2.5 million tons of coal each year.

They want us to freeze in the dark...