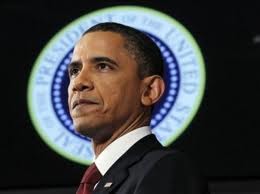 I thought Obama was "Messiah of the Year."

(Reuters) - Time has tapped U.S. President Barack Obama for its Person of the Year for the second time, citing his historic re-election last month as symbolic of the nation's shifting demographics and the rise of younger, more diverse Americans.

In announcing its annual selection on Wednesday, the magazine called Obama the "Architect of the New America."


"He's basically the beneficiary and the author of a kind new America - a new demographic, a new cultural America that he is now the symbol of," Time editor Rick Stengel said of Obama, who was also selected for the honor in 2008 when he became the nation's first black president.