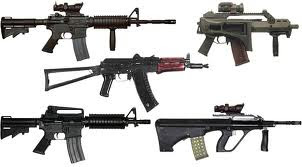 If Congress gets around to banning so-called "assault weapons,"  it won't much matter in the short term. They are already all sold out.


NEW YORK (AP) — The phones at Red's Trading Post wouldn't stop ringing. Would-be customers from as far away as New York wanted to know if the Twin Falls, Idaho gun shop had firearms in stock. Others clamored to find out if their orders had been shipped.

Overwhelmed, manager Ryan Horsley had to do what no employee would think of doing just days before Christmas: He disconnected the phone lines for three days.

"We had to shut everything off," says Horsley, whose family has owned Red's Trading Post, the state's oldest gun shop, since 1936. "We were swamped in the store and online."

Phones at gun shops across the country are ringing off the hook.

Demand for firearms, ammunition and bulletproof gear has surged since the Dec. 14 shooting in Newtown, Conn., that took the lives of 20 schoolchildren and six teachers and administrators. The shooting sparked calls for tighter gun control, especially for military-style assault weapons like the ones used in Newtown and in the Aurora, Colo., movie theater shooting earlier this year. Keep on reading...