House Speaker John A. Boehner caving on debt limit too? 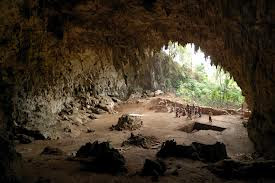 It's really time for a new House Speaker...


House Speaker John A. Boehner has offered to push any fight over the federal debt limit off for a year, a concession that would deprive Republicans of leverage in the budget battle but is breathing new life into stalled talks over the year-end “fiscal cliff.”

The offer came Friday, according to people in both parties familiar with the talks, as part of the latest effort by Boehner (R-Ohio) to strike a deal with President Obama to replace more than $500 billion in painful deficit-reduction measures set to take effect in January.

With the national debt already bumping up against a $16.4 trillion cap set last year, Congress risks a government default unless it acts to raise the debt ceiling in the next few months. Some Republicans had argued that party leaders should use the threat of default to demand additional spending cuts from Obama.

Boehner’s offer signals that he expects a big deal with sufficient savings to meet his demand that any debt limit increase be paired dollar for dollar with spending cuts. That would permit him to keep a key vow to his party — and head off a potentially nasty debt-limit fight — at least until the end of next year.

“Our position has not changed,” Boehner spokesman Michael Steel said Sunday. “Any debt limit increase would require cuts and reforms of a greater amount.”