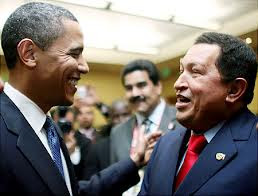 
(Reuters) - Venezuelan President Hugo Chavez is suffering more complications linked to a respiratory infection that hit him after his fourth cancer operation in Cuba, his vice president said in a somber broadcast on Sunday.

Vice President Nicolas Maduro flew to Cuba to visit Chavez in the hospital as supporters' fears grew for the ailing 58-year-old socialist leader, who has not been seen in public nor heard from in three weeks.

Chavez had already suffered unexpected bleeding caused by the six-hour operation on December 11 for an undisclosed form of cancer in his pelvic area. Officials said doctors then had to fight a respiratory infection.