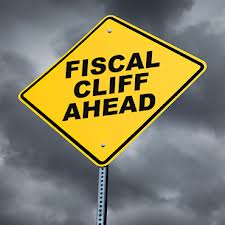 There is no question we are going over the fiscal cliff. However, this is the most overblown event since the Y2K hype. It will take months for the effect to seriously damage the economy. On the other hand, the expiration of the Bush tax cuts and the 2% payroll tax cut will hit paychecks in January. This is the most serious threat to family budgets and the economy.

Nearly all the major players in the fiscal cliff negotiations are starting to agree on one thing: A deal is virtually impossible before the New Year.

Unlike the bank bailout in 2008, the tax deal in 2010 and the debt ceiling in 2011, the Senate almost certainly won’t swoop in and help sidestep a potential economic calamity, senior officials in both parties predicted on Wednesday.

With the country teetering on this fiscal cliff of deep spending cuts and sharp tax hikes, the philosophical differences, the shortened timetable and the political dynamics appear to be insurmountable hurdles for a bipartisan deal by New Year’s Day.

Hopes of a grand-bargain — to shave trillions of dollars off the deficit by cutting entitlement programs and raising revenue — are shattered. House Republicans already failed to pass their “Plan B” proposal. And now aides and senators say the White House’s smaller, fall-back plan floated last week is a non-starter among Republicans in Senate — much less the House.

On top of that, the Treasury Department announced Wednesday that the nation would hit the debt limit on Dec. 31, and would then have to take “extraordinary measures” to avoid exhausting the government’s borrowing limit in the New Year.