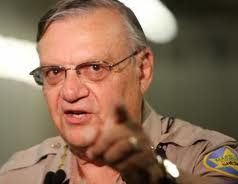 
PHOENIX — Maricopa County Sheriff Joe Arpaio said Thursday that he plans to deploy his armed volunteer posse to protect Valley schools from the kind of violence that happened in the Connecticut shooting tragedy. Arpaio believes having armed law officers around schools will deter would-be criminals from trying anything violent and, possibly, stop them if they do.

“I have the authority to mobilize private citizens and fight crime in this county,” Arpaio said.

Arpaio first started using his posse to protect malls during the holiday shopping season in 1993 in response to violent incidents in prior years. Since then he said malls where his posse members are on patrol have had zero violent re-occurrences and patrols by his all-volunteer squad during the 2012 shopping season netted a record 31 arrests.

Arpaio said since the program has worked so well in malls he believes it will work just as well protecting schools.

“We’re not talking about placing the posse in the schools right now but in the outlying — the perimeters of the school — to detect any criminal activity.”