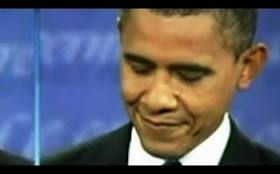 Think of this as the regulatory "fiscal cliff."


WASHINGTON (AP) —...For months, federal agencies and the White House have sidetracked dozens of major regulations that cover everything from power plant pollution to workplace safety to a crackdown on Wall Street.

The rules had been largely put on hold during the presidential campaign as the White House sought to quiet Republican charges that President Barack Obama was an overzealous regulator who is killing U.S. jobs.

But since the election, the Obama administration has quietly reopened the regulations pipeline.

In recent weeks, the Environmental Protection Agency has proposed rules to update water quality guidelines for beaches and other recreational waters and deal with runoff from logging roads. The National Highway Traffic Safety Administration, meanwhile, has proposed long-delayed regulations requiring auto makers to include event data recorders – better known as “black boxes” – in all new cars and light trucks beginning in 2014.

The administration also has initiated several rules to implement its health care overhaul, including a new fee to cushion the cost of covering people with pre-existing conditions.