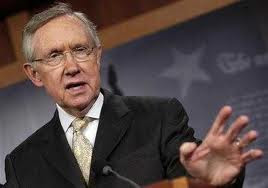 Harry Reid's heart wasn't in it anyway. Voters voted for higher taxes when they re-elected Obama. They just didn't think they would be the ones paying them. I say let's teach them a hard lesson. Fiscal cliff diving anyone?

On the Senate floor just after 2 p.m., McConnell said he had delivered Senate Democrats an offer at 7 p.m. Saturday, and had yet to hear back from them with a potential counter-offer. In hopes of reaching a last-minute deal, McConnell said he had reached out to Biden. “I was here all day yesterday,” McConnell noted as he spoke.