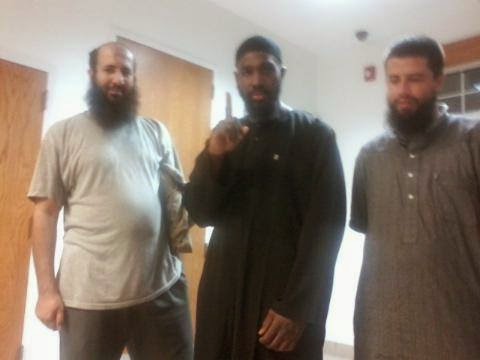 
Oklahoma beheading suspect Alton Alexander Nolen calls himself “Jah’Keem Yisrael” on his Facebook page, where he uploaded photos of himself reading the Koran and wearing Muslim religious clothing.
Nolen’s Facebook “cover” photo appears to be of several Taliban fighters, according to a Google reverse image search.
A Philadelphia-based friend asked Nolen if he was praying in one of his photographs at “the Masjid on Luzerne,” appearing to refer to the Muslim American Society of Philadelphia. Nolen replied, “LAA,” to which his friend responded, “oh you not in Philadelphia.”
“I JST WANT TO SAY AS AN MUSLIM WE DNT CELEBRATE AMERIKAS HOLIDAYS,” he wrote in a caption accompanying a photograph of an Islamist fighter.
“KAFIR KAFIRS MEANS SOMEONES WHO DISAGREES WITH ISLAM. JST CAUSE YOU AS-SALAAMU ALAKIUN EVERY MORNING DNT MEANS YOUR AN MUSLIM THANK YOU THO,” he wrote in April, disparagingly referring to non-Muslims or “Kafirs.”
Keep on reading…