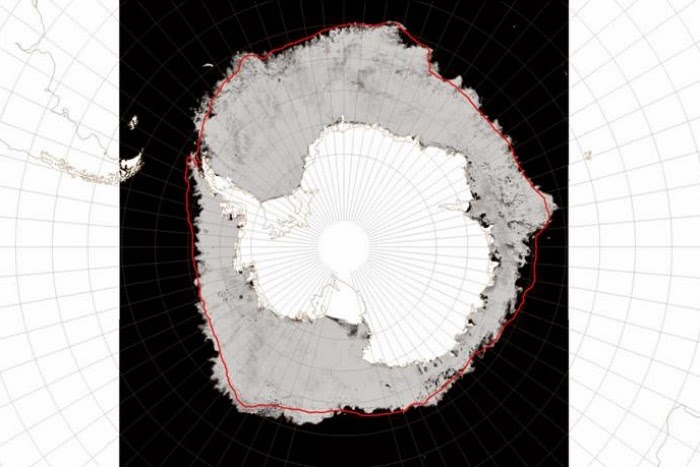 The records only go back 35 years, but that covers much of the time we are supposed to have had a rapid warming from anthropogenic CO2.

Scientists say the extent of Antarctic sea ice cover is at its highest level since records began.
Satellite imagery reveals an area of about 20 million square kilometres covered by sea ice around the Antarctic continent.
Jan Lieser from the Antarctic Climate and Ecosystems Cooperative Research Centre (CRC) said the discovery was made two days ago.
"This is an area covered by sea ice which we've never seen from space before," he said.
"Thirty-five years ago the first satellites went up which were reliably telling us what area, two dimensional area, of sea ice was covered and we've never seen that before, that much area.