Liberals aren't too happy with Hillary... 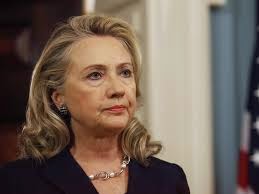 Will they salute and fall in line?


Emails sent by liberal activists and obtained by The Hill reveal significant dissatisfaction with Hillary Clinton, the front-runner for the Democratic presidential nomination in 2016.
The critical messages about the former first lady show that she has a long way to go to assuage skepticism from influential voices on the left.
The Hill reviewed hundreds of emails from a progressive members only Google group called the “Gamechanger Salon,” a forum where nearly 1,500 activists, strategists and journalists debate issues and craft messaging campaigns.
The group includes prominent Democrats, Sierra Club officials, journalists who work for The Huffington Post and The Nation magazine, senior union representatives, leaders at the Progressive Change Campaign Committee and the president of NARAL.
In the emails spanning over a year — starting in June 2013 through July of this year — frustration with Clinton is evident.
Clinton’s too much of a hawk, too cozy with Wall Street, hasn’t spoken out enough on climate change, and will be subject to personal questions and criticisms, members of the group stated in the emails.
Keep on reading…