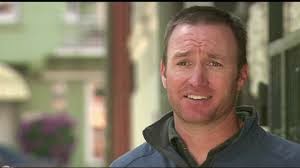 I can't wait to see Hillary Clinton on the stand pondering the meaning of the word "is."


The family of Glen Doherty, the former Navy SEAL killed in the 2012 Benghazi terror attack, has filed a $2 million claim against the CIA and the State Department.
Barbara Doherty, the CIA contractor and former SEAL’s mother, filed a claim last week with the two government agencies for $1 million each. The family does not believe there was adequate security at the U.S. diplomatic outpost and a CIA annex when they were attacked Sept. 11, 2012.
Dean Boyd, a spokesman for the CIA, said the agency would have no comment on the potential litigation, the Associated Press reported Friday. The State Department also declined to provide comment to the wire service.
Keep on reading…