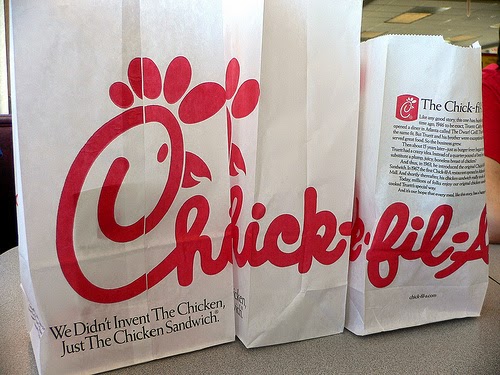 The excuse is gays are so fragile they might be offended. That is incorrect. In my experience, gays are tough as Hell. It's wimpy liberals who are likely to be offended.


VENTURA (CBSLA.com) — A Ventura County high school principal has barred a booster club from selling a popular fast-food sandwich on campus because of the chain’s position on gay marriage.
Ventura High School Principal Val Wyatt told the Ventura County Star that the football booster club could not sell Chick-fil-A sandwiches at Wednesday’s back-to-school night because the restaurant’s beliefs could offend some students and their parents.
“With their political stance on gay rights and because the students of Ventura High School and their parents would be at the event, I didn’t want them on campus,” Wyatt told the newspaper.
Every principal has the discretion to invite community groups or businesses onto their campuses.
“We value inclusivity and diversity on our campus and all of our events and activities are going to adhere to our mission,” Ventura Unified School District Superintendent Trudy Tuttle Arriaga said.

Email ThisBlogThis!Share to TwitterShare to FacebookShare to Pinterest
Labels: Chick-fil-A