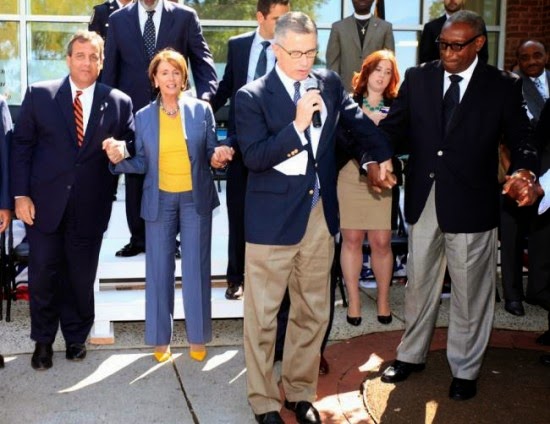 I would seriously consider cutting my hand off.

Governor Christie and House Minority Leader Nancy Pelosi put aside their partisan political differences — and at one point clasped hands in prayer — to celebrate the opening of a drug treatment and workforce development center in Jersey City Monday.
The celebration of Martin’s Place, named after Martin Luther King Jr., drew a mix of politicians to the heavily Democratic city. Former Gov. Brendan Byrne, a Democrat, and former Gov. Tom Kean, a Republican sat alongside Christie, a Republican considering a run for president.

I would count my fingers after holding hands with her......politicians will steal anything.

A new job training and drug rehabilitation center? Proof that the main industry of our once great, now dead and decaying cities, are drugs, a failing education system, corruption, pork barrel, violence and amoral politicians.