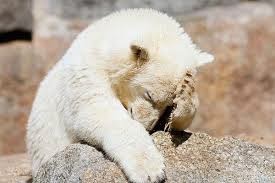 When it hasn't warmed in 17 years, CAGW true believers get creative. I used the term "scientists" loosely in the title.


Scientists now believe that global warming is to blame for extreme cold snaps in North America during the winter months – and that it will only keep happening.

The "polar vortex" that plunged Canada and the U.S. into historical cold last winter is said by researchers to have occurred because melting polar ice changes weather patterns, according to a study published earlier this month.

A team of Korean and American scientists asserted in a new study that the melting ice causes the northern jet stream (upper level air flow) to shift south and bring polar air with it.

The polar ice is melting because warmer water is riding the Gulf Stream (ocean currents) from tropical regions of the Atlantic Ocean to an area north of Scandinavia.


This causes masses of warm air to destabilize the normally strong polar air mass and send brutally cold air right at Canada and the U.S., according to Slate.